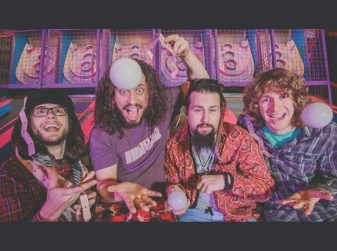 (Smoky Mountain News)  In a day and age where everything that glistens and captures society’s short attention span is seemingly a smoke screen blurring the lines between appearance and reality, one of the most intricate and sacred of human experiences remains pure and untouched — live music.

At the core of the art of musical performance is the idea of improvisation. It’s a moment in the heat of a show where the energy on both sides of the microphone — between the artist and its audience — pulsates in this ebb and flow that circulates and swirls around the event itself. 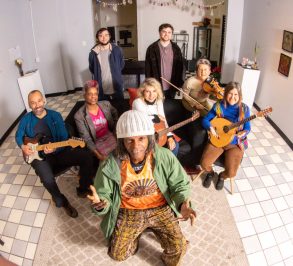 (Mountain XPress)  A chance encounter with a cosmic composer was a turning point in Rah Amen’s dynamic career as a musician, event producer and DJ. The founder of Diversity Productions, he draws on his cumulative experiences to curate a series of unique musical and educational events around Asheville.

“Is your space intuition up?” renowned bandleader Sun Ra asked Amen on New Year’s Eve 1985. Amen had loaned his percussion instruments to Sun Ra’s Arkestra for a show in Atlanta. When that band’s percussionist didn’t show up, Amen offered to fill in. Assured the drummer’s space intuition was indeed up, Sun Ra told Amen he could play and handed him a uniform. “They put me in a big robe with a bunch of stars and planets on it, and a big gold hat on my head with a big crystal in the third eye of the hat,” he recalls.

Everything AVL with Michele Scheve